Part 2: Implementing a PI Controller with an Arduino

This lesson will walk through using an Arduino to control local brightness in a small volume using a light-emitting diode (LED) as an "actuator" and a photocell as a sensor.

Students will be able to

Introduction to the Arduino IDE and Setup (10 minutes)¶

For more in-depth descriptions of the IDE, see the official guide

Check the kit that you received and make sure that it has below components. Our final circuit requires:

If you are missing any component or you find out that they are not working, let us know.

The basics of the Arduino microcontroller were discussed in the part 1 lecture. The Arduino requires a power source to work and the USB cable offers a way to both supply power and upload code into its memory simultaneously. For an actual application, standard practice is to upload and test your code with the USB first and then use a dedicated power supply to power the Arduino via power jack (large round socket in black). 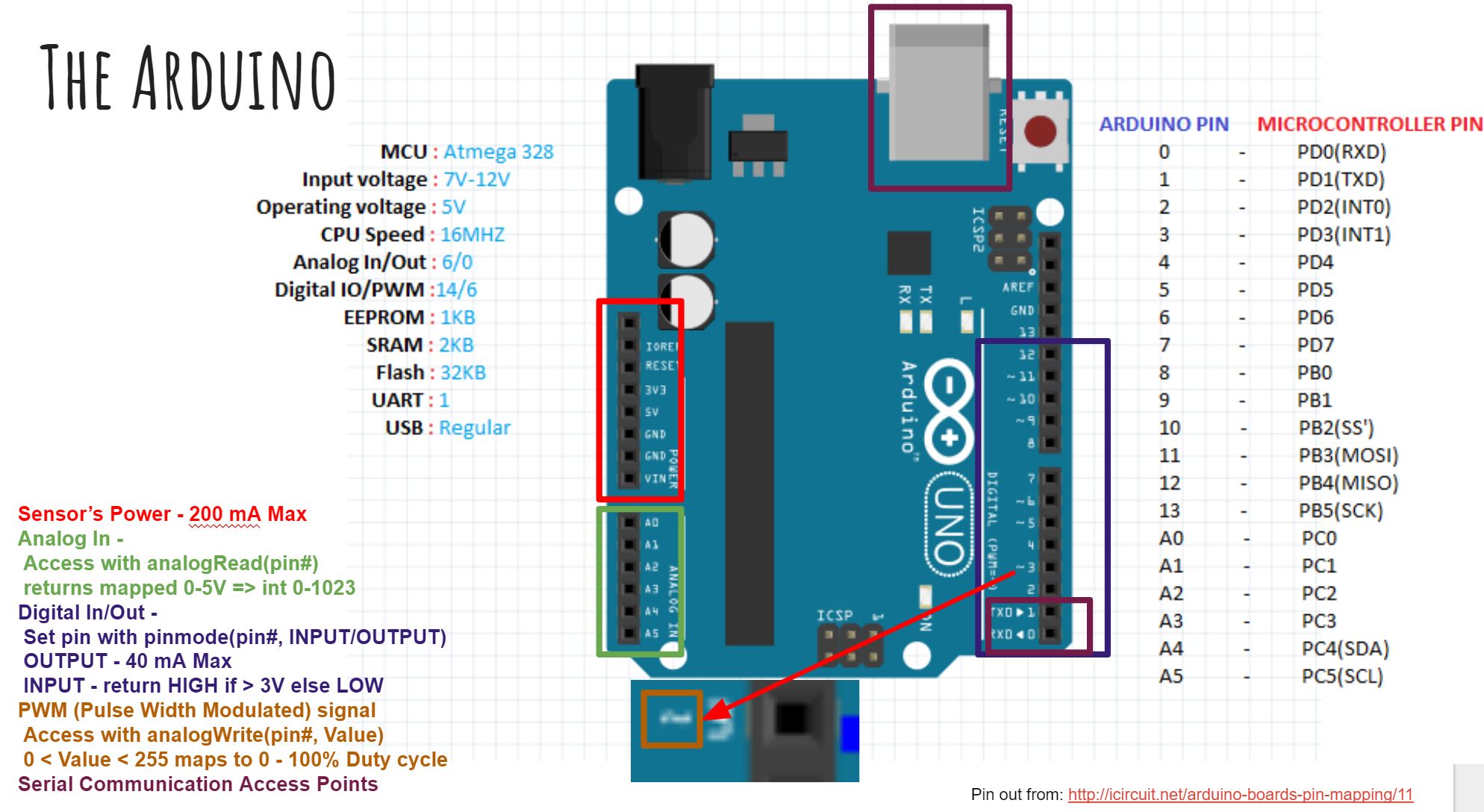 Analog circuits are circuits dealing with signals free to vary from zero to full power supply voltage. This stands in contrast to digital circuits, which almost exclusively employ “all or nothing” signals: voltages restricted to values of zero and full supply voltage, with no valid state in between those extreme limits.

Light emitting diodes (LEDs) are semiconductor devices that emit light when voltage is applied across them. LEDs typically have a fixed voltage drop of around 2V (depends on the LED), which is the voltage required to cause it to illuminate. The brightness can then be controlled directly by varying the current going through the device. In most applications (e.g. indicators), a current-limiting resistor is connected in series with the LED to provide a fixed brightness for a given control voltage. 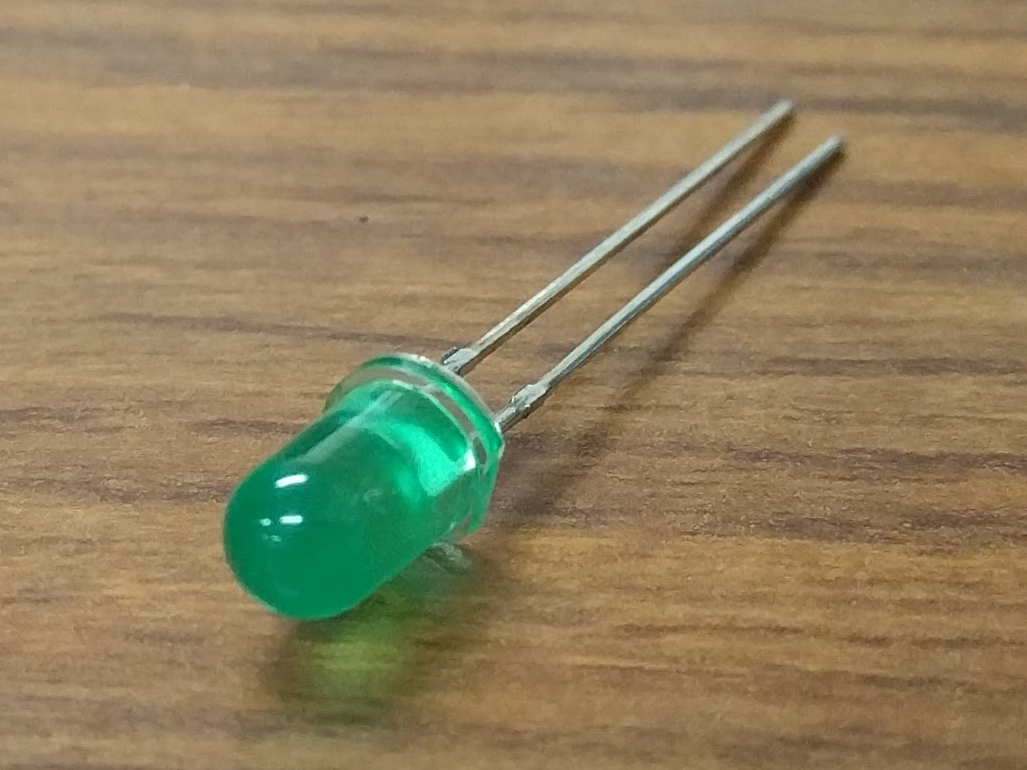 In our application, we will use a fixed current-limiting resistor of 330Ω and a 5V control voltage, but we will use a technique called pulsewidth modulation (PWM) to effectively vary the current passing through the circuit.

PWM works by rapidly toggling a digital output between its high (e.g. 5V) and low (e.g. 0V) values, with varying durations of on and off time. The ratio of the on time to the total period of the PWM signal is referred to as duty cycle, and is expressed as a percentage. The logic behind this is: if you were to integrate the voltage over one period of the PWM signal, the effective voltage would be the duty cycle times the "on" voltage level. If the switching is fast enough, many sensors (including our own eyes) will not be able to detect that the actuator (e.g. an LED) is actually turning on and off, but instead it will detect an intermediate output roughly corresponding to the equivalent voltage level. For mechanical systems, such as DC motors, the mechanical dynamics are often slow enough with respect to the PWM signal that their output will actually smoothly vary.

The Arduino Uno allows us to output a PWM signal on several of its pins. This is done by setting the pin as an output, and using the analogWrite function. This function accepts an unsigned (positive) 8-bit integer value ((2^8)-1) between 0 (pin fully off, 0% duty cycle) and 255 (pin fully on, 100% duty cycle).

Photocells are passive circuit elements which change their resistance in response to a change in brightness. Their resistance decreases when the ambient environment becomes brighter. The datasheet for our photocell provides an approximate relationship between resistance and the illuminance hitting the sensor: 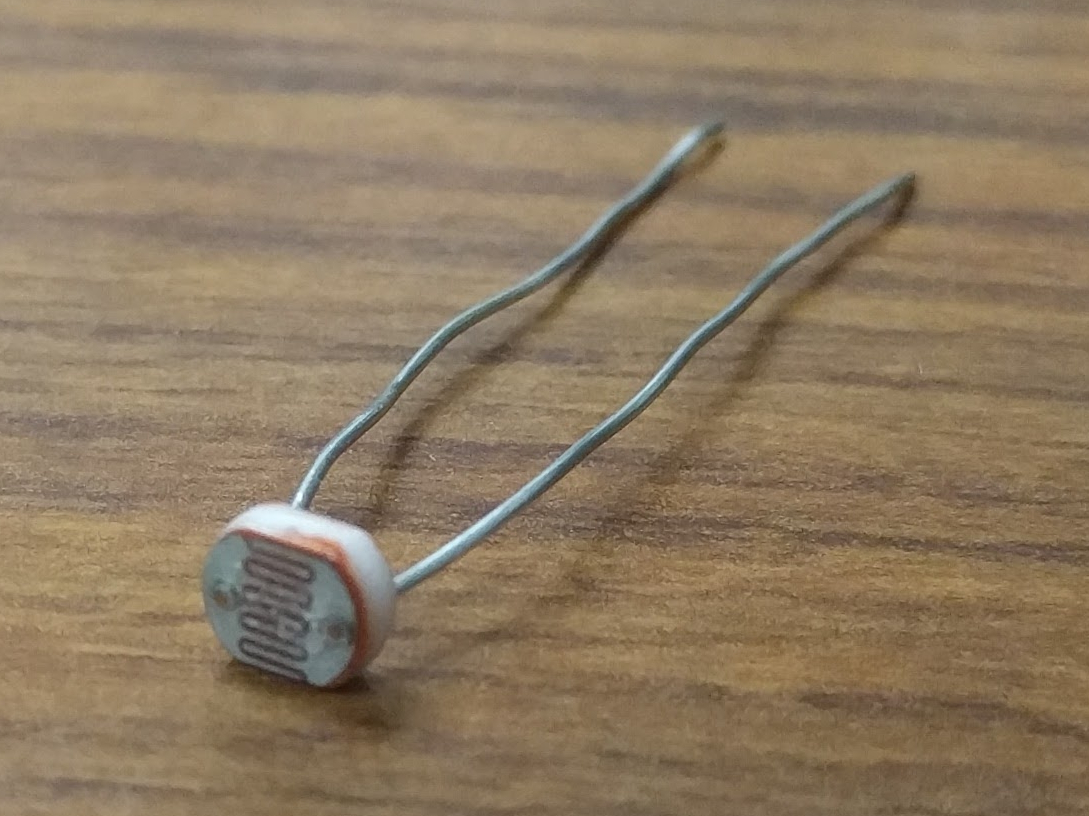 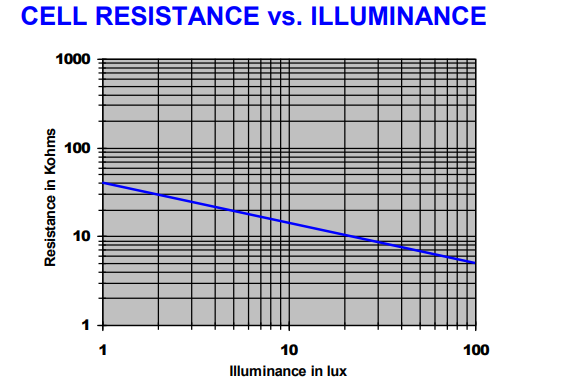 An Arduino can sense voltages from 0V to 5V through the analog input pins, but it has no direct way of sensing resistance. Since our sensor operates by changing resistance, we need to convert this to a change in voltage. This is achieved through a voltage divider circuit.

In this circuit, we supply 5V from the Arduino as \(V_{\text{in}}\) and measure \(V_{\text{out}}\) with one of the Arduino's analog input pins (pin A0). The output voltage for this voltage divider is given by

Exercise 2: Read from the Photocell (15 minutes)¶

Now we'll put the LED and photocell together in order to obtain a desired brightness level. Here is a block diagram of the control system we will implement to achieve this:

In this controller example, we will use voltage as a representation of brightness. Because of the voltage divider configuration, the voltage read by the Arduino's input pin will vary proportionally to the brightness sensed by the photocell.

The measured voltage is compared to a voltage representing the desired brightness, resulting in some error. This error is then fed into a controller, which transforms the error into a PWM signal to change the LED brightness. For example, if the measured brightness is lower than desired, the error will be positive, and the controller coefficients will produce a positive PWM signal to drive the LED to become brighter. This has the effect of increasing the measured voltage, hence decreasing the error. This kind of controller configuration is called a regulator, and its job is to achieve and maintain zero error between the measured output and the desired output.

Now let's put together the hardware of our control system. The photocell will be the sensor and the led will be the actuator that we control. Our goal is to control the local brightness of small volume surrounding our sensor.

The circuit consists of a light emitting diode (LED) circuit, driven by one of the Arduino's digital I/O pins capable of producing a pulsewidth modulation (PWM) signal. This will allow the LED’s brightness to change. A photocell facing the LED senses the ambient lighting. The objective of the circuit is to demonstrate an automatic feedback control system that drives the LED to a desired brightness level near the sensor. You will be able to cast shadows on the photocell and watch as the LED brightness increases to compensate for the dimmed lighting.

Both components (the LED and the photocell) should be connected from the previous two sections. The most important part of the control circuit construction (aside from making the correct electrical connections) is that the LED and photocell are close to and facing one another. This will ensure that the LED is able to influence the reading of the sensor as much as possible.

Once constructed, the circuit should look like the image below: 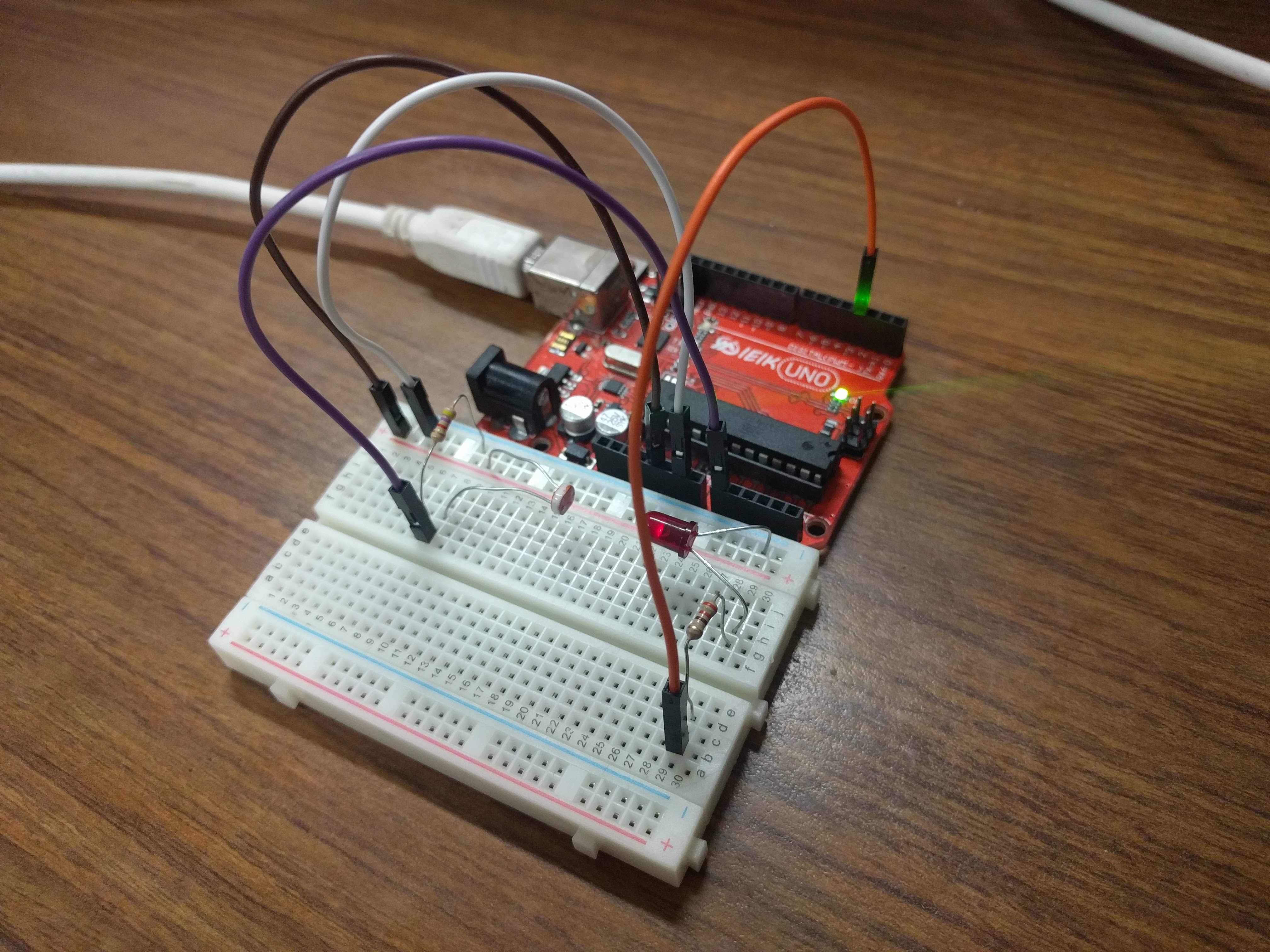